Hello, we are Bajer

Café as it should be

Our café offers a various selection of drinks and desserts in a pleasant environment. Evenings are occasionally diversified with concerts of various genres. Unique environment in combination with great music creates an experience, that will dig deep under your skin. Follow our Facebook page and see for yourselves.

Café is situated at tř. Míru, which is the busiest street in the heart of Pardubice. The house was built at the very beginning of the 20th century and since the beginning the lower floor is a very busy place. At first, it served as a tavern of Jewish merchants Berta and Zikmund Hostovsští, later then as a coffee roaster of their son Ernest. Current owners Milan and Marek Bajerovy were allowed to recover tradition and they opened a cafe in the courtyard in 1998, which is still a place for people of Pardubice, where you can relax, enjoy your dates or meetings.

In 2009, sister of the cafe Chocolate Bajer opened nearby, which is housed in the magnificent rooms directly under the Zelená Brána and meets with similar success. 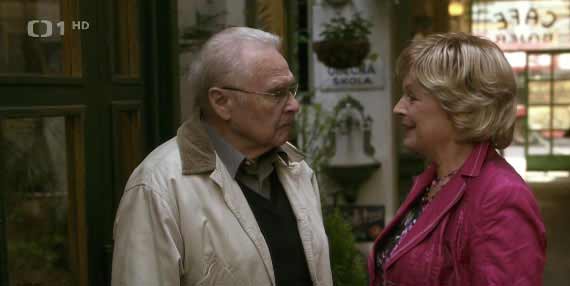 Link to video
Video from a cafe.
Article about us on CzechingOut blog.
How to reach us